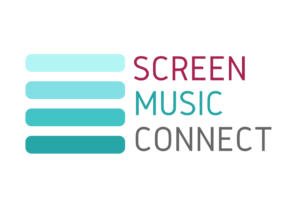 LONDON, United Kingdom (September 7, 2018) –  Screen Music Connect, an exciting new London-based conference exploring the world of film, television and video game music, along with the creative talent behind it, today revealed the full list of sessions for its debut event at Southbank Centre’s Purcell Room on September 24. The new sessions to be announced include an exclusive interview with composer and conductor Debbie Wiseman OBE discussing her life and work in conversation with Classic FM’s ‘Saturday Night at the Movies’ presenter and Film Editor of Radio Times, Andrew Collins; ‘Artificial Intelligence and Creativity’ presentation by Ed Newton-Rex, founder of AI music developer Jukedeck, and an opening keynote by Christian Henson, multi award-winning composer and co-founder of Spitfire Audio. Other new sessions include ‘Creative Partnerships in Film and Television’ and ‘Career Management – Keys for Success’ and the day’s proceedings will be introduced by composer, music artist and Game Music Connect Co-Founder and Host, John Broomhall. Tickets are available at https://screenmusicconnect.com. *Group rates for educational institutions are available via the Screen Music Connect website.

Created by award-winning composer James Hannigan, Screen Music Connect is aimed at the music production communities of all media industries – from pro, semi-pro and amateur composers from any background through to producers, engineers, music supervisors and audio directors – plus viewers, fans of soundtracks and anyone else with an interest in the evolution of screen music.  The premiere Screen Music Connect event boasts a star-studded line-up of leading contemporary composers such as Jessica Curry, Olivier Derivière, James Hannigan, Christian Henson, Patrick Jonsson, Dru Masters, and Philip Sheppard; eminent industry executives and educators including James Williams, Managing Director of the Royal Philharmonic Orchestra, composer agent Darrell Alexander, CEO of COOL Music Ltd. and The Chamber Orchestra of London, and Vasco Hexel, composer, author, and Area Leader, Composition for Screen, Royal College of Music. A full list of the Screen Music Connect sessions and speakers is available online at https://screenmusicconnect.com/#schedule.

Partnered with the British Academy of Songwriters, Composers & Authors (BASCA), the professional association for the UK’s music creators and the home of the prestigious Ivor Novello Awards, Screen Music Connect is also proud to be supported by the British Academy of Film and Television Arts (BAFTA), the American Society of Composers, Authors and Publishers (ASCAP London), and sponsored by COOL Music and ReelCrafter.

The final sessions to be announced include:

Debbie Wiseman is a highly sought after composer and conductor whose extensive canon of work covers a plethora of illustrious film and television productions as well as numerous concert performances including music for the Queen’s Diamond Jubilee.  From Wolf Hall to Wilde, her credits include name after household name with her propensity for creating iconic themes apparently inexhaustible. Consequently her music is heard and loved the world over and she’s become one of the UK’s most respected and distinguished music writers working today.

But she is more than that – much more. Leveraging her own success to help others, she encourages and guides young talent through her visiting professorship at the RCM and regular masterclasses in schools and colleges – and this role as ambassador has seen her widely featured as a popular expert radio presenter, guest and composer in residence. Furthermore, in this year’s Queen’s Birthday Honours list she was awarded an OBE for services to music.

ARTIFICIAL INTELLIGENCE IN MUSIC: CAN COMPUTERS BE CREATIVE?

Machines are becoming more capable and ‘intelligent’ – and they’re doing so at a quickening pace.  As this wave gathers momentum, the world is witnessing impressive advances in artificial intelligence over a diverse range of human endeavours as AI learns to engage in a creative process of immersion, assimilation and recombination.

As today’s impossible rapidly becomes tomorrow’s commonplace, will we consider AI-generated music and art to be ‘fake’ in future – and who cares anyway, if the end effect is pleasing? Are these advances actually the first steps to an extensive democratisation and personalisation of visual and sonic arts?

What does this mean for human composers?  Should they be uneasy or should they be curious, even optimistic?  Will they be replaced or will they find audience empathy for them beyond their work becomes more significant? As humanity enjoys an ever more creative world, can they learn from, and harness creative AI as a powerful collaborative tool?

The illustrious track records of our panel of experts represent between them decades of continuing success in the world of procuring, composing, performing, recording and producing music for screen media. Bringing personal insights from their own distinct career journeys and extensive knowledge base, they will seek to highlight key factors that they believe will help media composers negotiate and navigate the film, TV and videogames businesses in order to build and maintain a profitable, successful and long career both now and in future.

Dru Masters – TV and Film Composer, Board Director at PRS and BASCA.

CREATIVE PARTNERSHIPS IN FILM AND TELEVISION

From Hitchcock/Herrmann and Bond/Barry to Spielberg/Williams and Burton/Elfman, film and television history boasts some remarkable director/composer partnerships.  How did they come about and what can we learn from them? What characterises these symbiotic relationships and makes them tick – and do they have a place in a world of identikit trailer music, temp tracks and – at times – seemingly interchangeable generic Hollywood-inspired scores?  Could it be that today’s art of screen composing is actually suffering from a dearth of them?

Our expert panelists discuss creative collaboration, relating their own experiences of forming and maintaining key strategic music partnerships for success, advancement and longevity. They will examine to what extent the composer’s voice helps create the identity and progress of their partner’s work and therefore how far aspiring composers and other creatives might wish to focus on developing and nurturing such key partnerships at the earliest stages of their career, whether for film, television or video games.