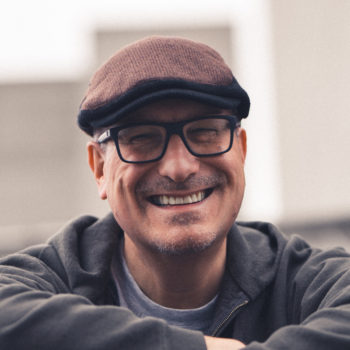 A multi-faceted independent music and audio creative with many years’ experience in both the music and videogames industries, he has held a number of senior in-house and outsourced management roles (including European Head Of Audio and Game Development Manager for MicroProse/Hasbro/Infogrames), and has dozens of published titles to his credit as composer/producer, audio director/consultant, sound effects designer and voice director.

He has written dozens of Develop magazine columns and regularly writes game audio features for pro-sound magazines such as Resolution Magazine and Audio Media. He curates and hosts the annual Develop Conference in Brighton and has been a keynote speaker for the Audio Engineering Society. He has received a Recognition Award from the Game Audio Network Guild of America and over the last few years been invited to speak at London’s School Of Sound, Bibao’s BIME PRO, The Sound of Story @Rewire and the Lithuanian Academy Of Music & Theatre. He has chaired many awards juries for BAFTA (The British Academy of Film & Television Arts), been an Ivor Novello judge and been featured in The Observer.