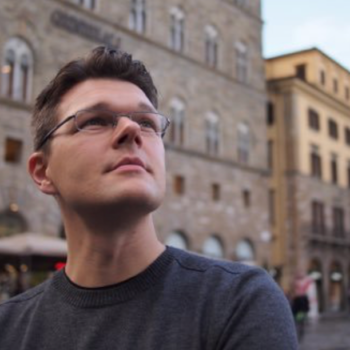 Composer, and Area Leader, Composition for Screen, Royal College of Music. Author of ‘The Film and Media Creator’s Guide to Music’.

Vasco Hexel leads the Masters Programme in Composition for Screen at the Royal College of Music, London, and is visiting lecturer at the Faculty of Music, University of Cambridge. He is consultant at the Film and Television Music Research Center, Beijing Normal University, and he was Head of Music at the London Film School, 2010-2013. Vasco earned his Bachelor of Music degree in Film Scoring and Vocal Performance at the Berklee College of Music, Boston. He earned his Masters degree in Composition for Screen at the Royal College of Music where he also wrote his doctoral thesis “Understanding Contextual Agents and their Impact on Recent Hollywood Film Music Practice.” Vasco has composed music for award-winning animations, documentaries, commercials, and feature films. His music has featured in numerous broadcasts internationally. Vasco’s music was used exclusively for the 2012 Christmas branding of S4/C (Wales) and he created the new sonic identity of Kanal D (Romania) in 2009. Past and current clients include RSA Films, Music Sales, SohoMusic as well as fashion brands Gucci and Boden. Vasco’s music is published by Universal Music and EMI. ​

As an educator and scholar Vasco is passionate about coaching aspiring screen composers and filmmakers, devising and delivering relevant, industry-facing, hands-on training on the creation and function of music in screen media. Vasco’s academic writing and international speaking engagements continue to nourish the appreciation of film music and explore the creative practice of film music creation and collaborative soundtrack composition.

Vasco is the author of “The Film and Media Creators’ Guide to Music” (New York: Routledge, 2018) and “Hans Zimmer and James Newton Howard’s The Dark Knight – A Film Score Guide” (Lanham, MD: Rowman & Littlefield, 2016). He is a Senior Fellow of the Higher Education Academy, a member of the Royal Television Society (RTS) and the British Academy for Film and Television Arts (BAFTA).